The carousel is one of the most popular attractions at Heritage Museums & Gardens. Made by Charles Looff in 1908, the hand-carved carousel has been thrilling riders for over a hundred years.

Charles Looff came to Brooklyn, New York from Denmark in 1870 at the age of eighteen.

Already a talented woodcarver, he found employment in a furniture factory. Looking to further expand his horizons, he persuaded the owner of a pavilion at the popular amusement park Coney Island to install a carousel at his establishment. Working alone, Looff carved, painted and assembled his first carousel. Looff was the earliest and most successful of the Coney Island carousel builders.

Looff started in Coney Island, New York, and then moved his factory to Riverside, Rhode Island, where his showpiece carousel still operates. In 1910, Looff moved his family and factory to Long Beach, California, where he remained until his death in 1918.

Between 1876 and 1916, he built about forty carousels; only about ten are still in operation today.

Looff Carousels are known for these decorations:

The History of This Classic Carousel

The carousel was purchased from the Looff factory located in Riverside, Rhode Island for a park in Meridian, Mississippi in 1908. It is thought that the carousel was owned and operated by the same family for three generations.

Hallett Tobin saw the carousel animals advertised in a 1965 edition of Amusement News. When he went to purchase them some had already been sold, so he tracked down the figures and reunited the carousel animals. Searching for the original carousel mechanism, Mr. Tobin found out that it had been stored outside and deteriorated. Mr. Tobin ended up buying a 12 sweep Allen Herschel/Chance mechanism (smaller than the original 16 sweep machine).

It was reassembled at Heritage Museums & Gardens in a wood-and-beam structure resembling a circus tent. For almost 50 years it has entertained Cape Cod families and visitors.

Although the figures on this carousel were made by the Looff factory, they were made over a period of approximately twenty years. The horses on the outside row of this carousel are the oldest, made by Looff about 1885. They were originally carved as standing figures, and then converted to jumpers when the introduction of overhead gears allowed carousel animals to move up and down.

It is likely that the Charles Looff shop was the first to carve horses wearing armor and the “lead horse” horse on this carousel is a great example. On the majority of carousels, there is one figure that stands out above the others. The carved trappings, or decorations, are usually much fancier on this “lead” horse. This helped the operator count the number of times the carousel went around during each ride.

A winged breastplate and armor decorated with carved flowers adorn the lead horse on its head and neck. Its saddle blanket drapes in large folds. A sword, attached to the cantle, is adorned with three large tassels and the horse has one, even larger, tassel hanging on its neck. There is a rolled-up blanket under the cantle.

With over 4.5 million visitors since this antique carousel began operating at Heritage in 1972 (and countless more since its creation in 1908!) our horses have seen some wear and tear over the years. Fortunately, our carousel horses are on a rotational visit to restoration artist James Hardison’s workshop in Hull, MA.

The Carousel is currently closed due to COVID-19 guidelines but we look forward to welcoming kids (and adults) back to the carousel soon! 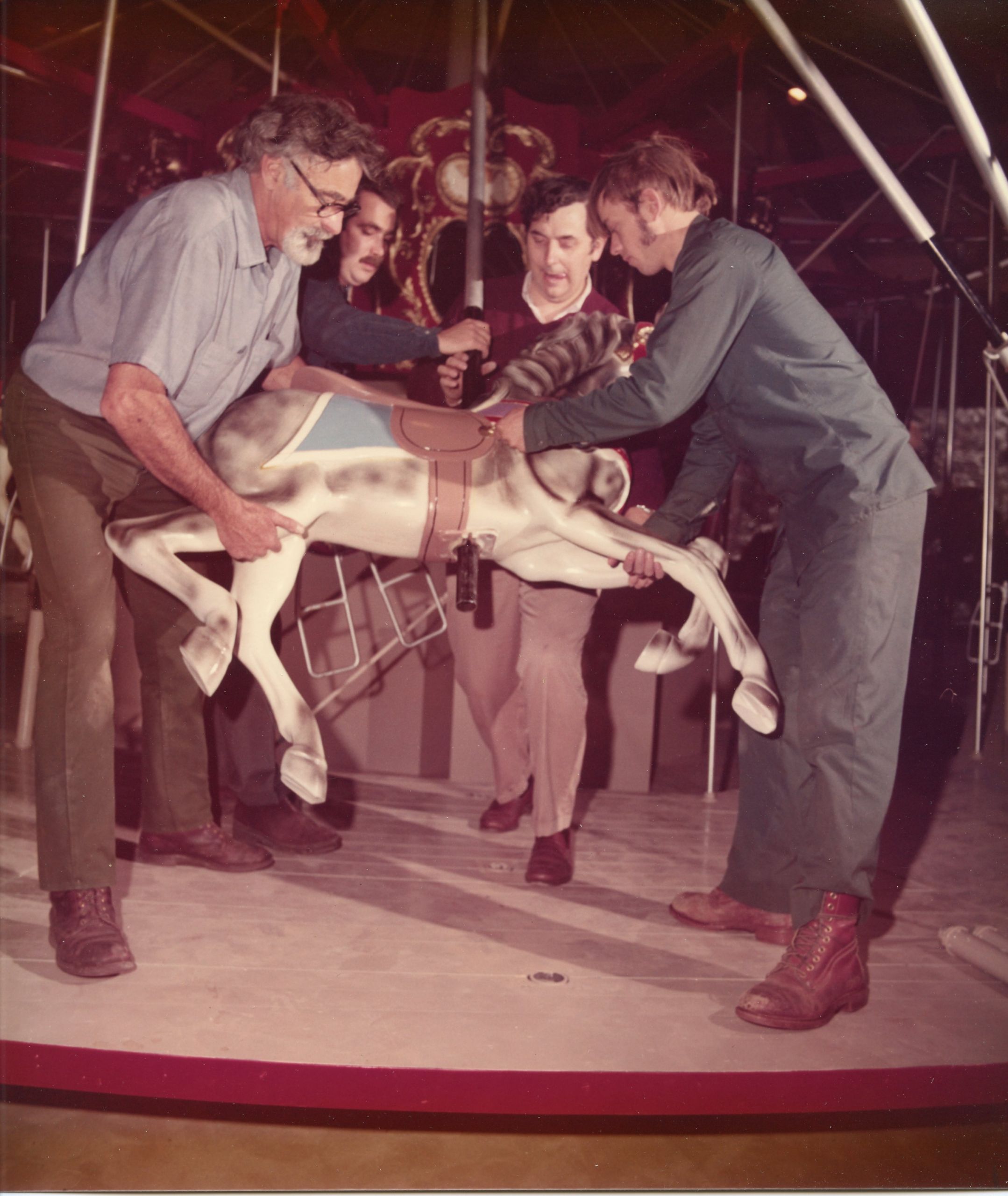 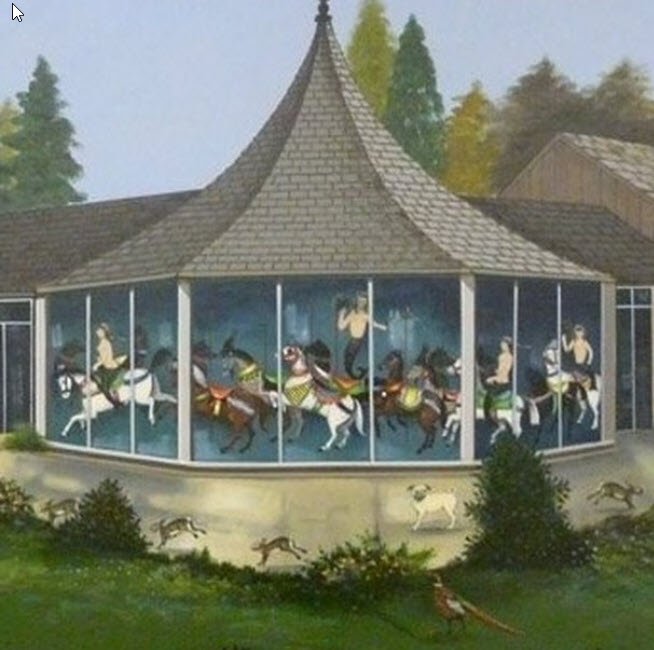 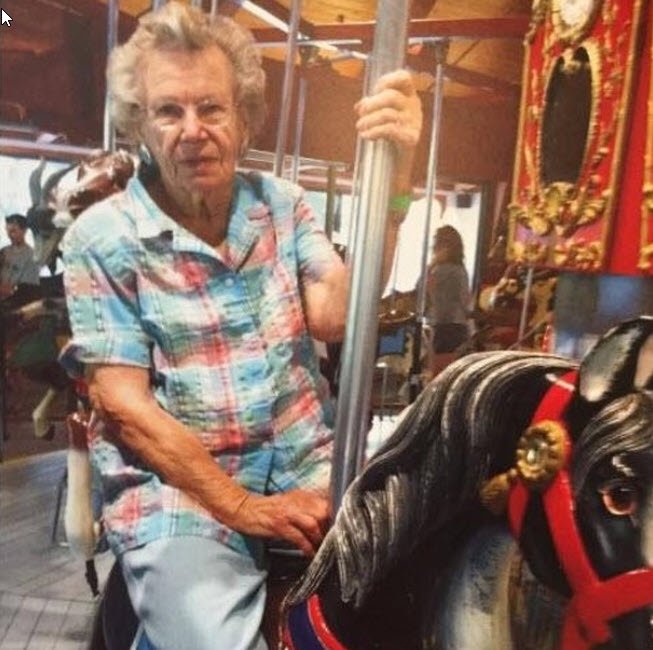 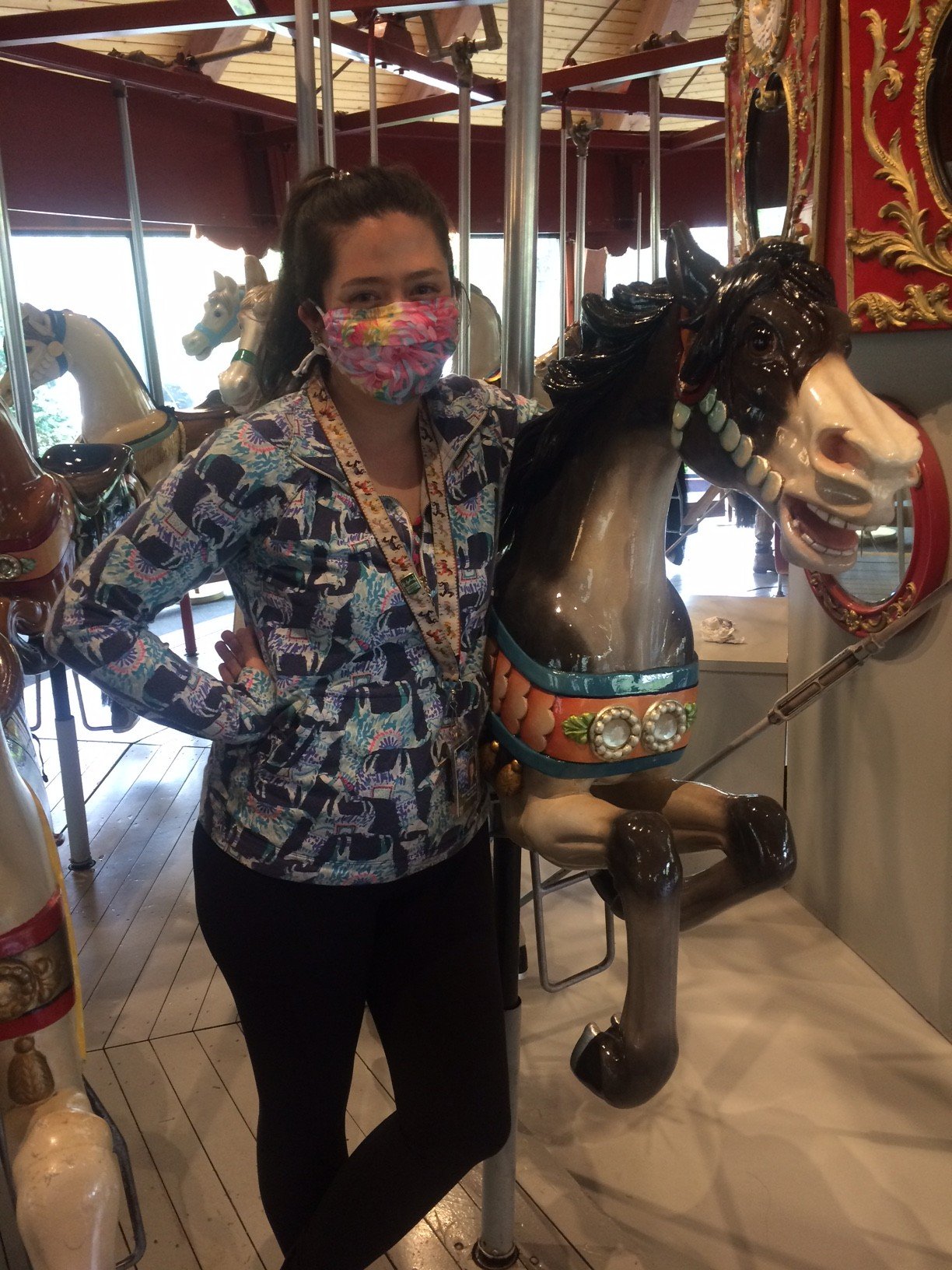 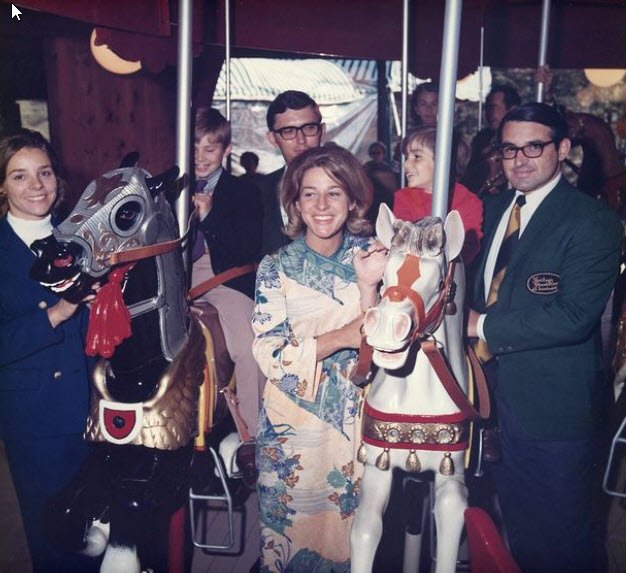 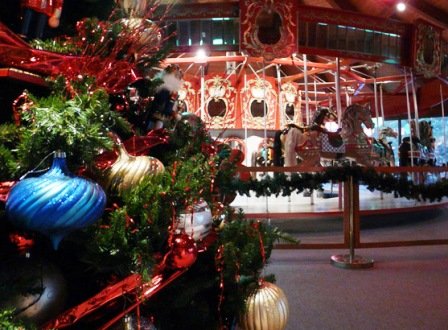 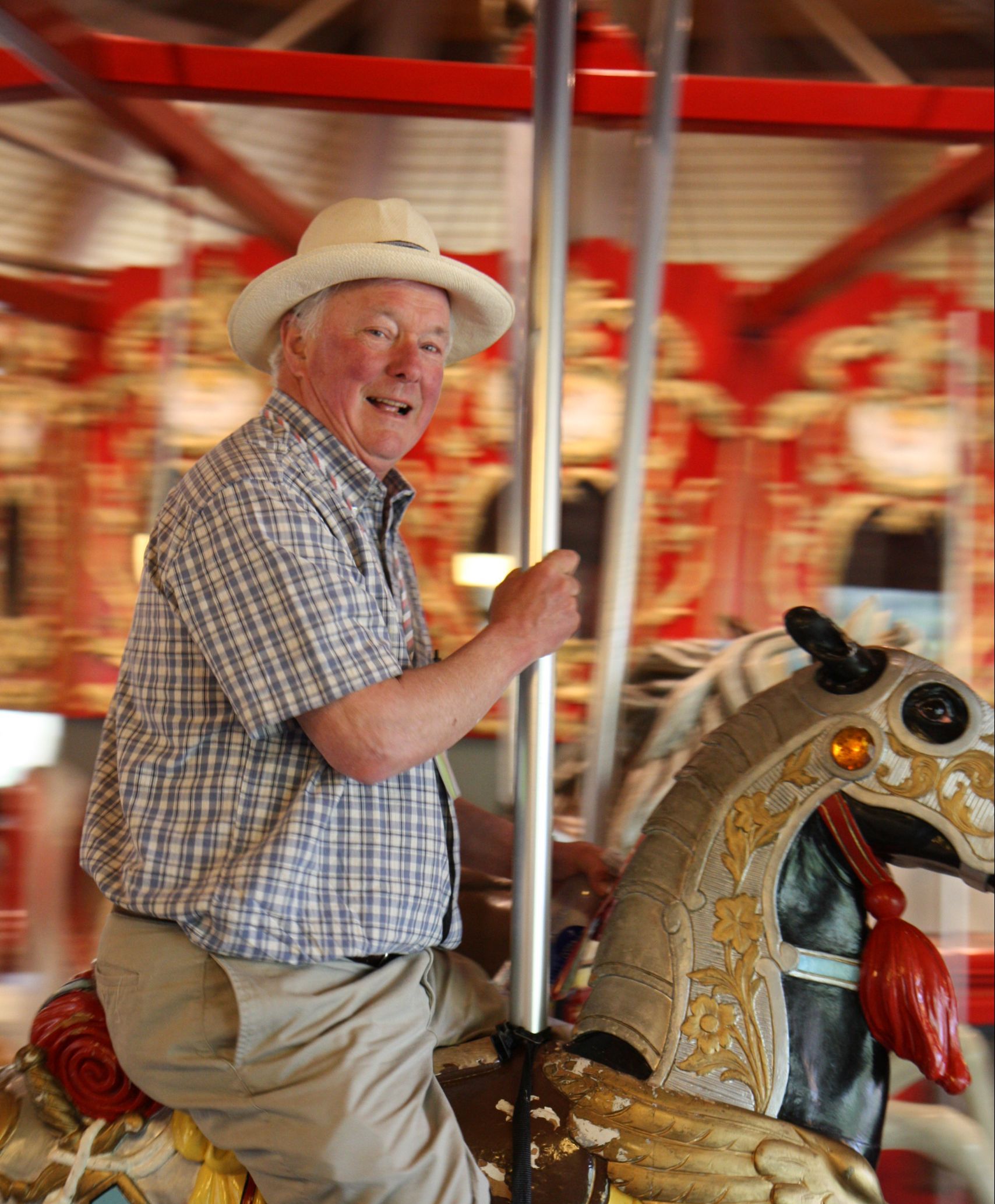 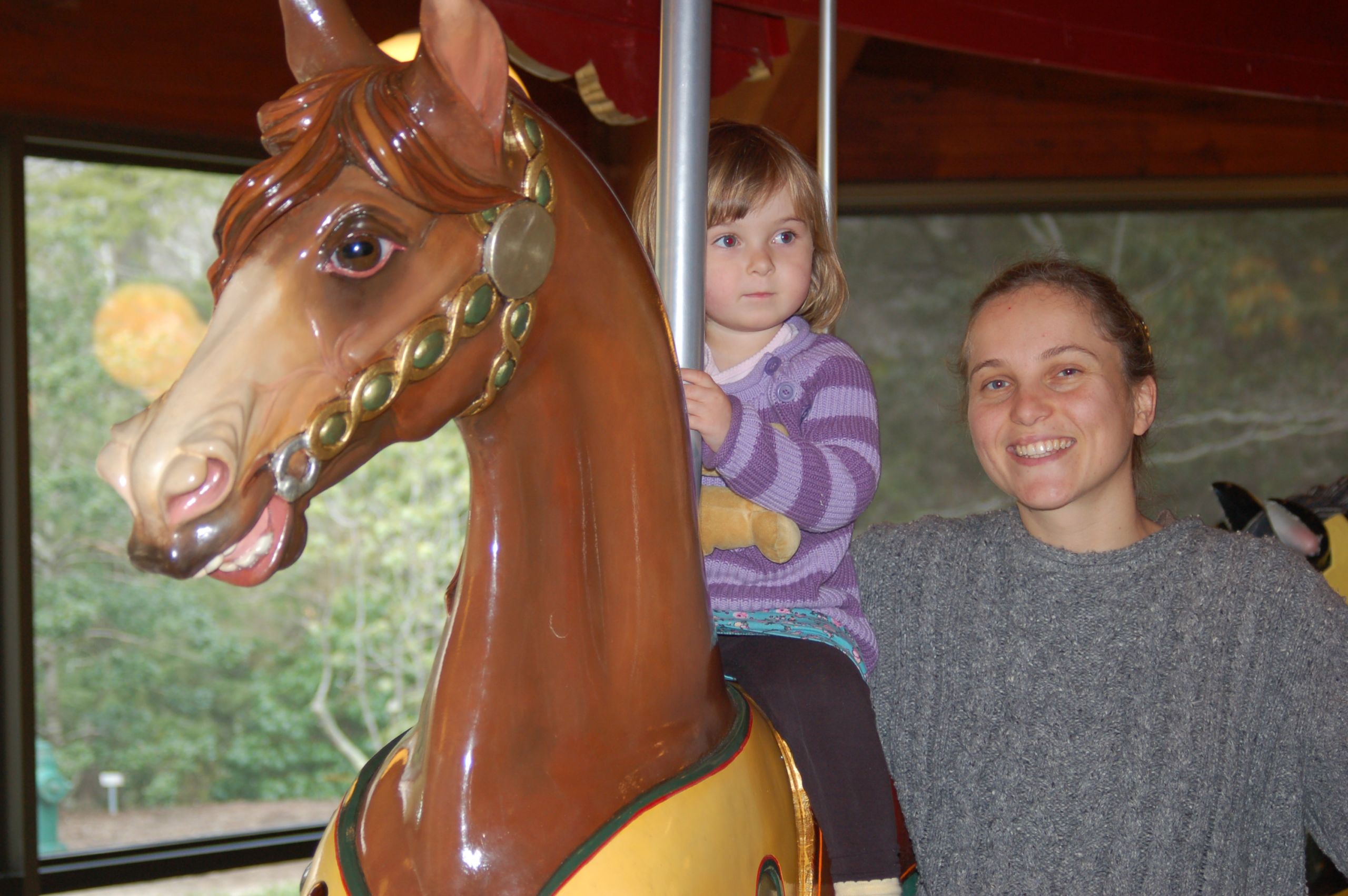 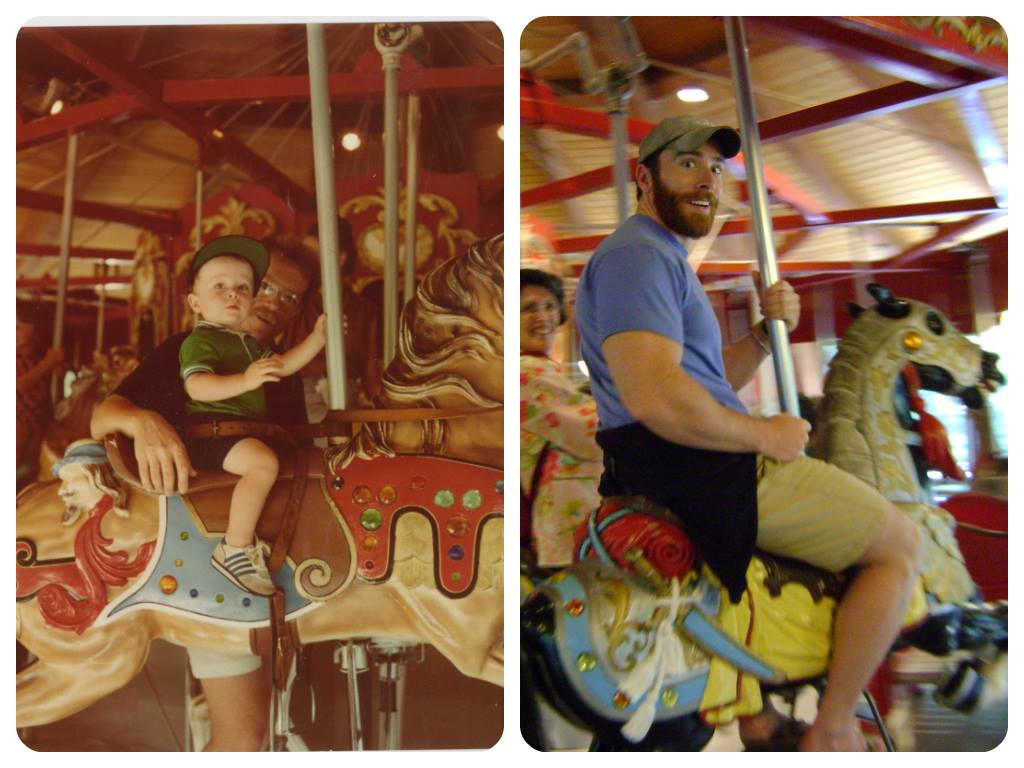 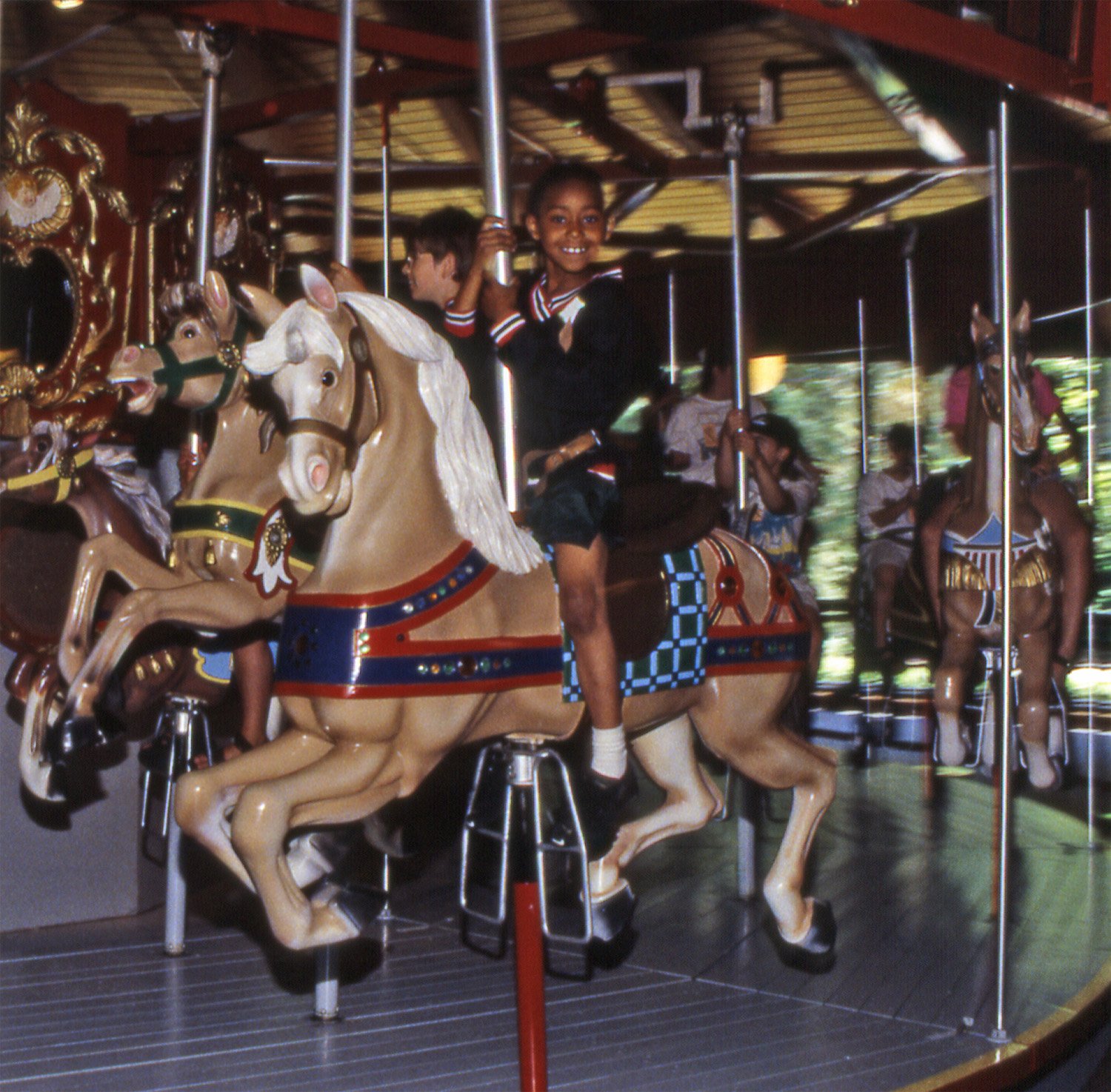 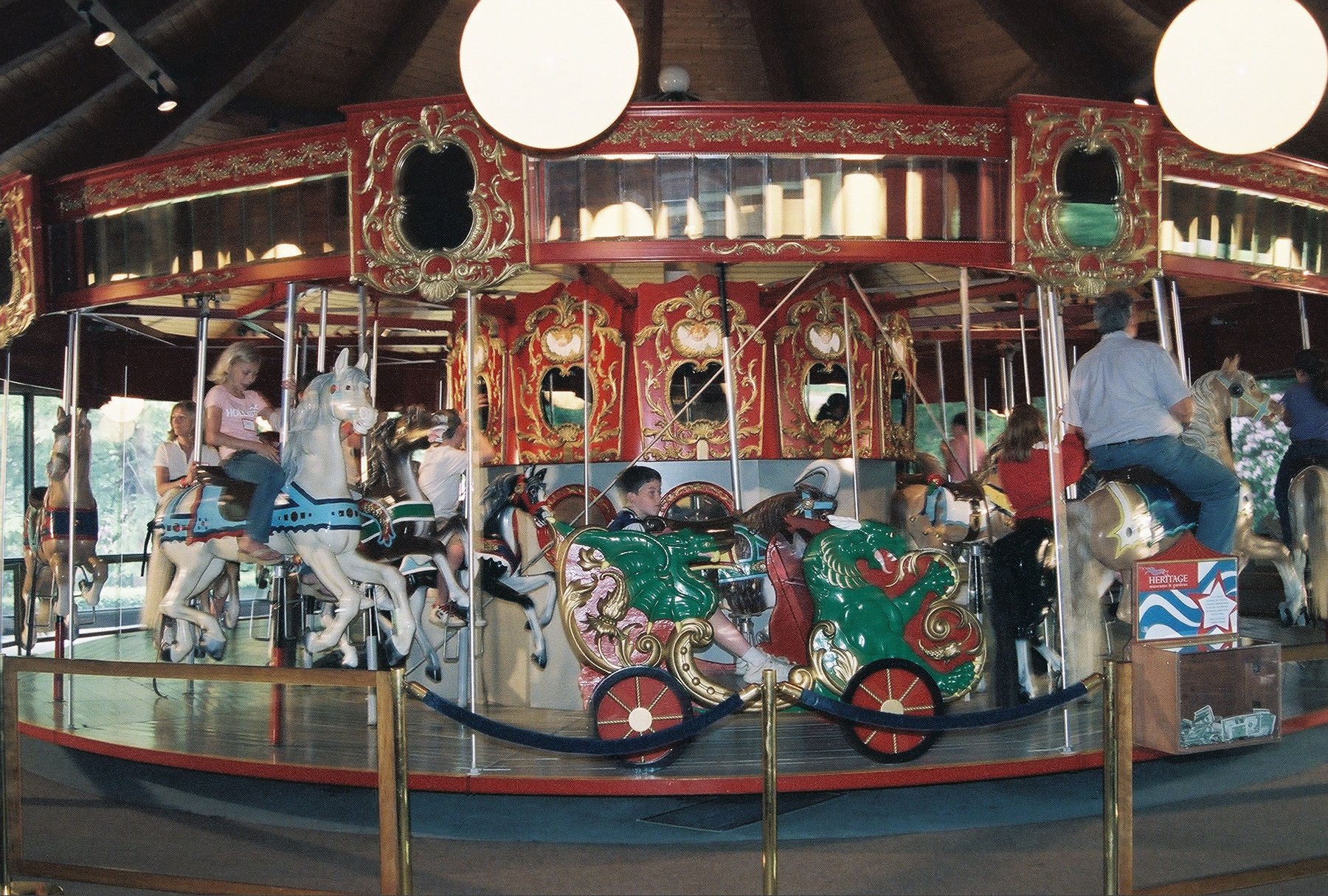 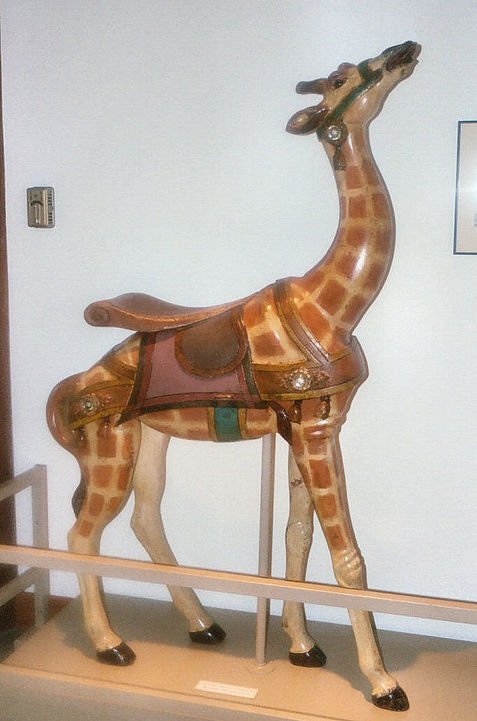 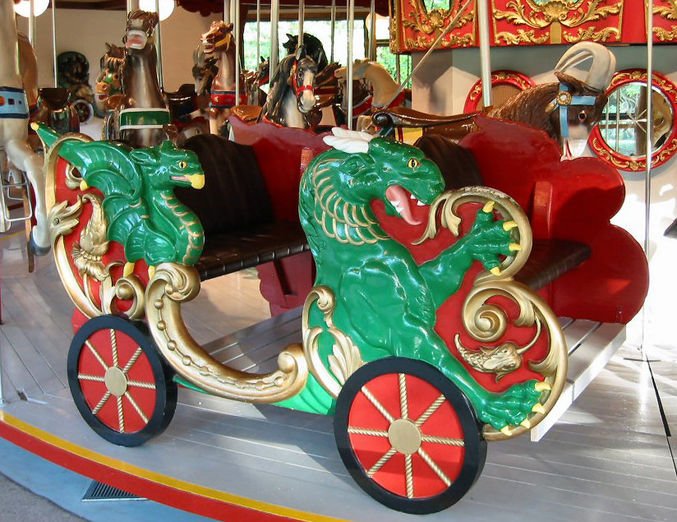 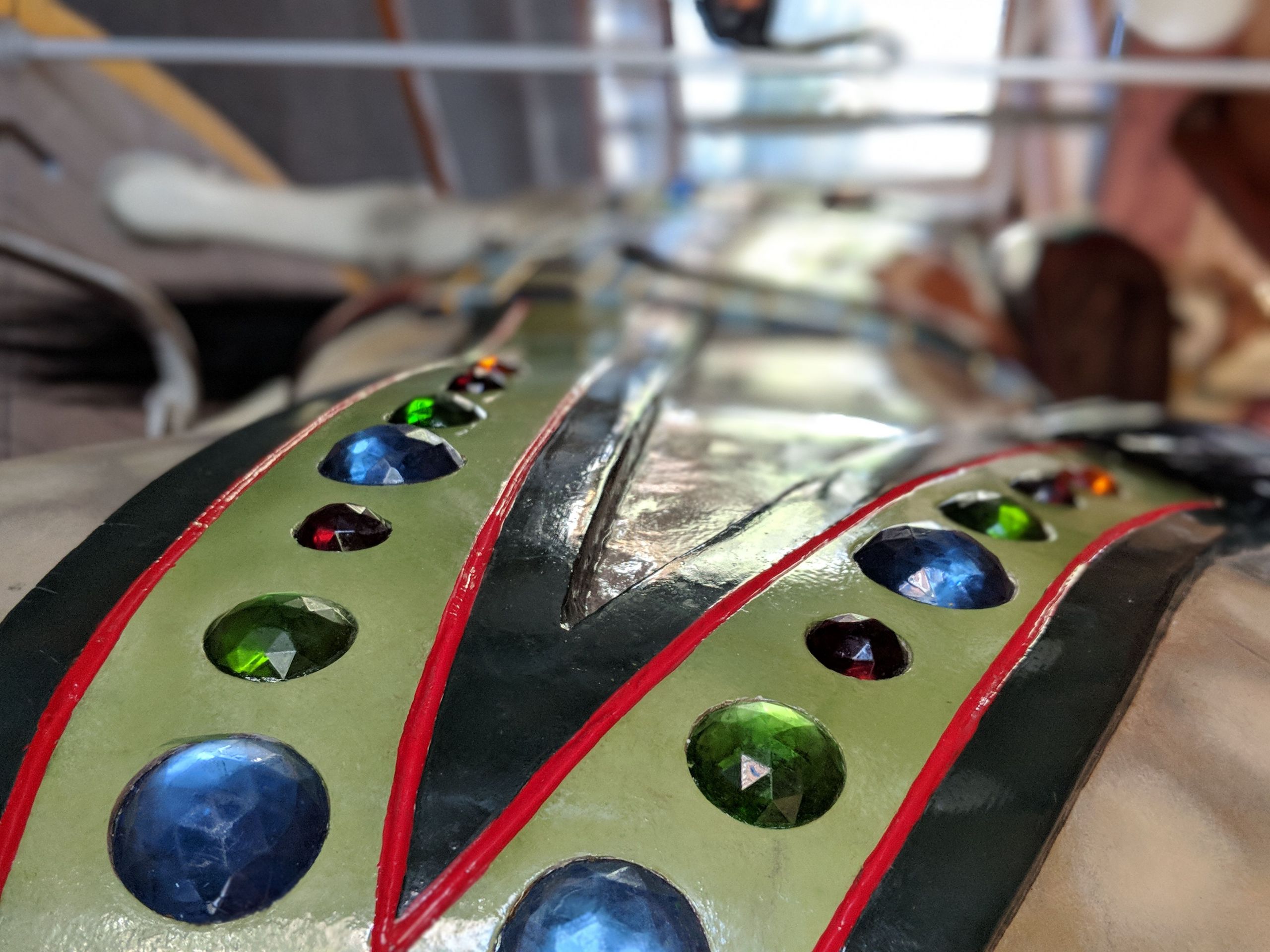 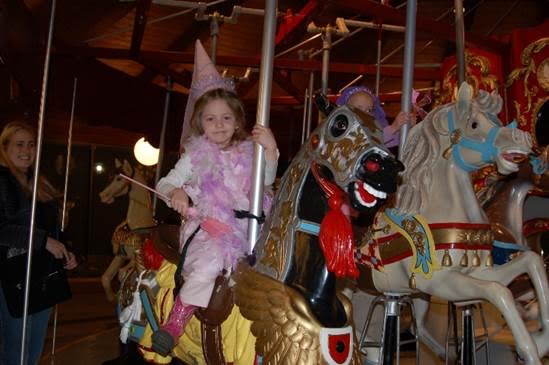 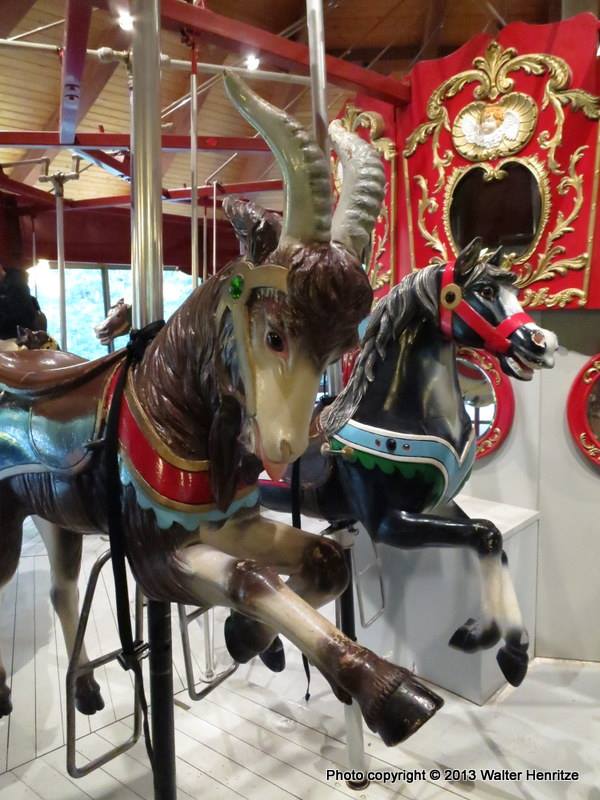 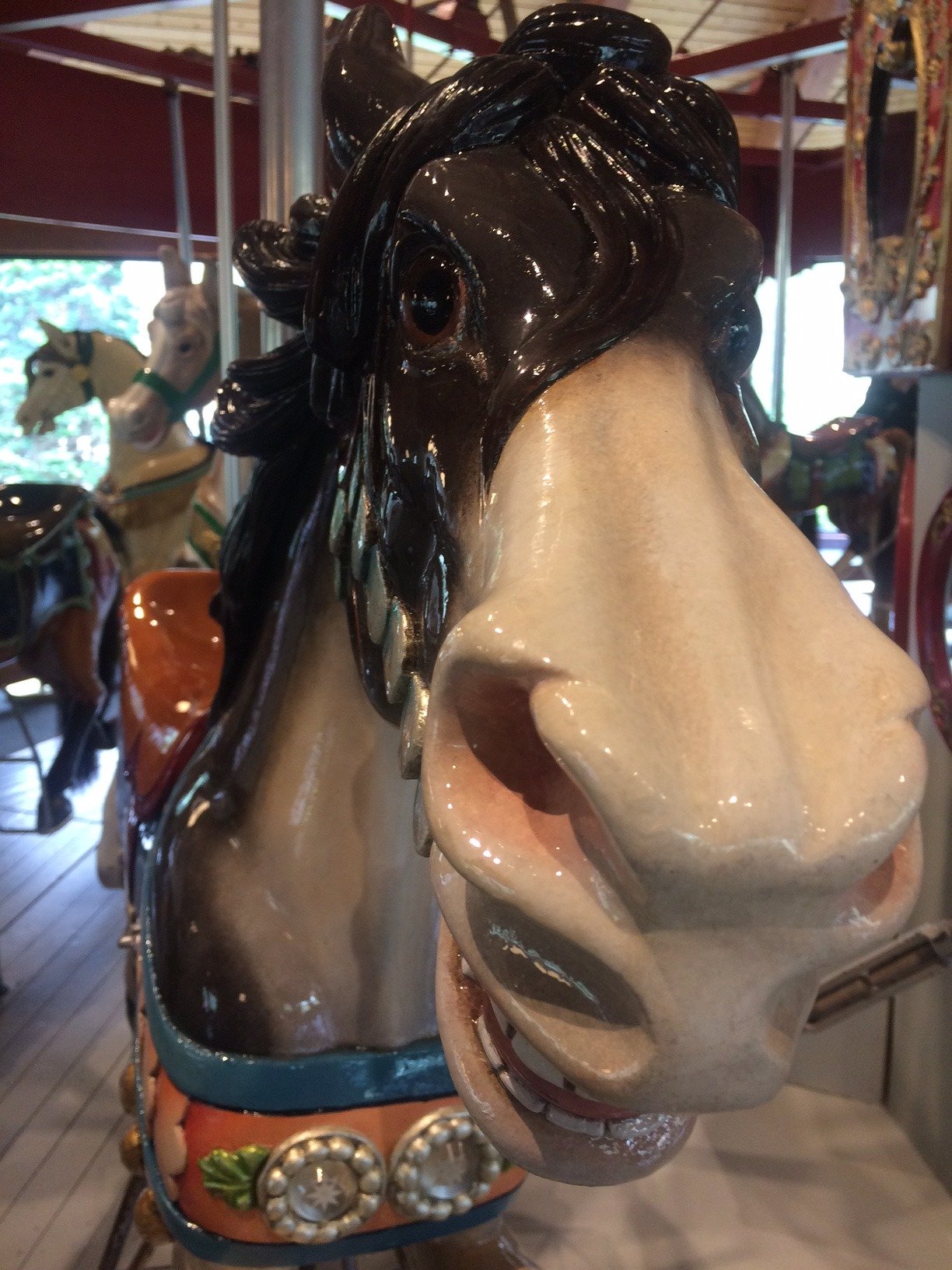 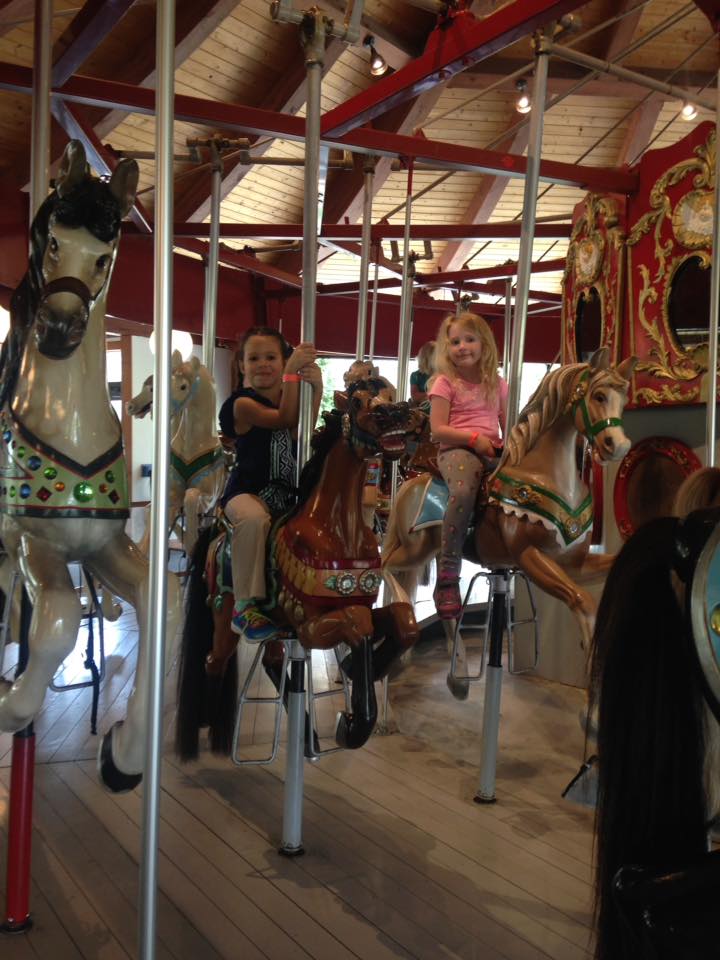 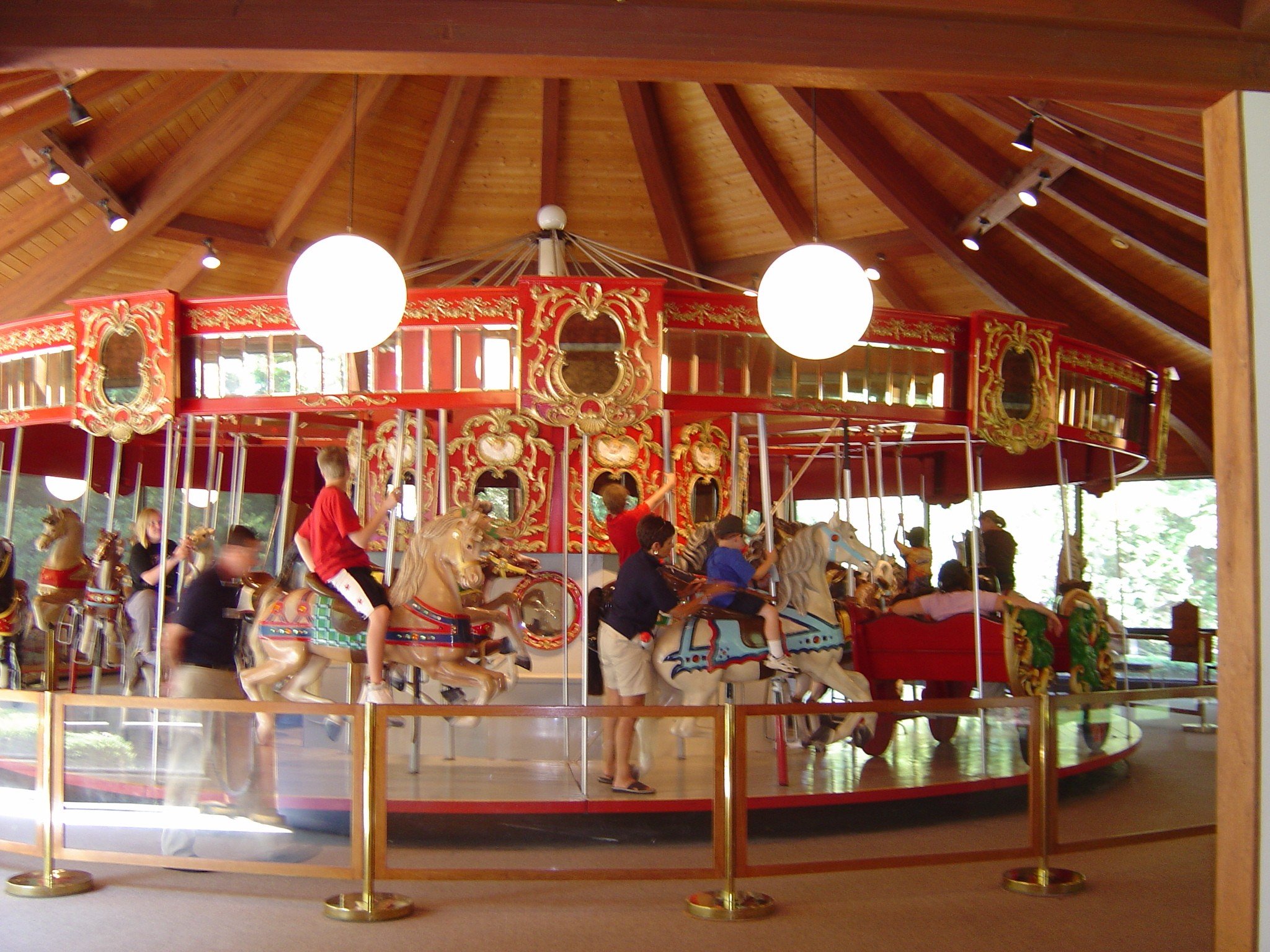 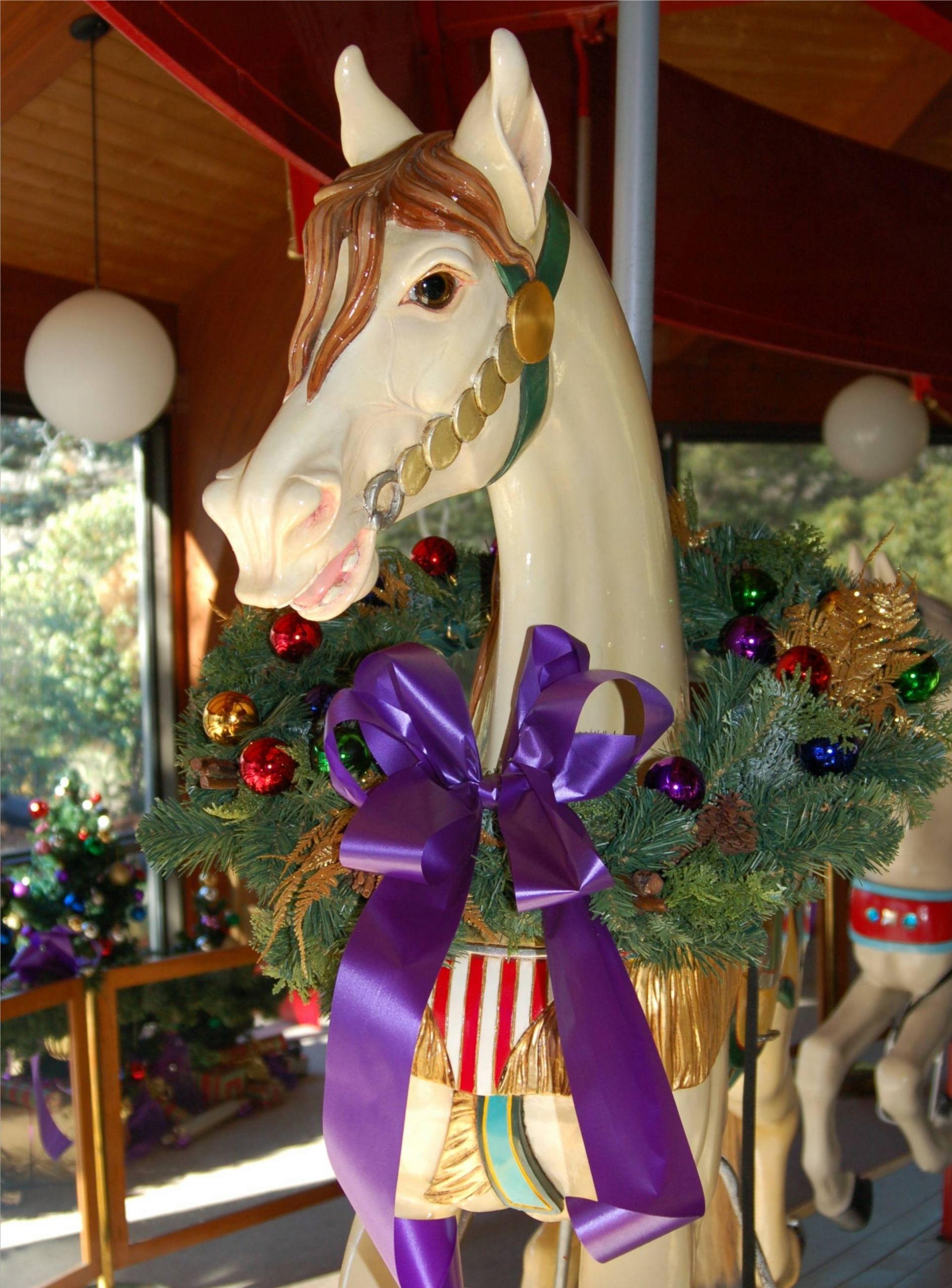 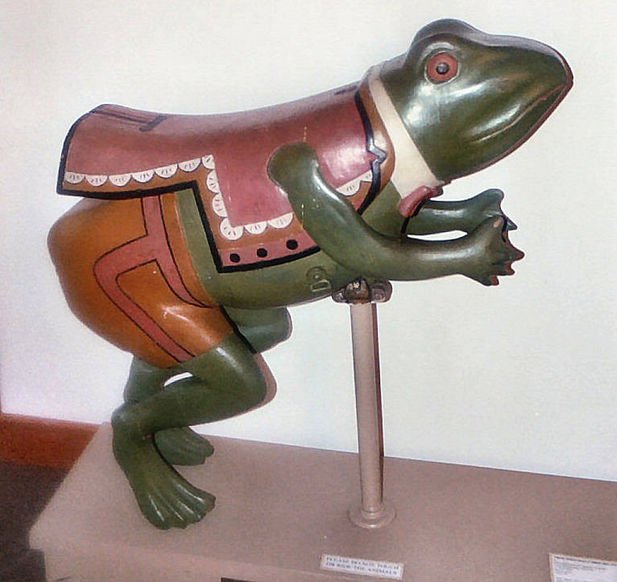 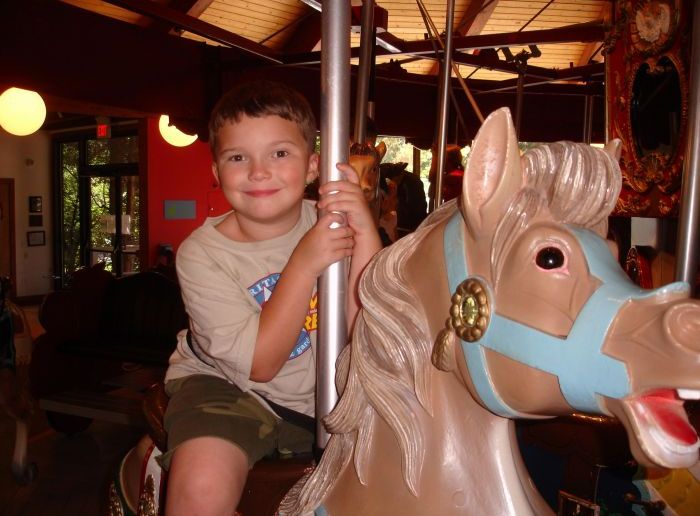 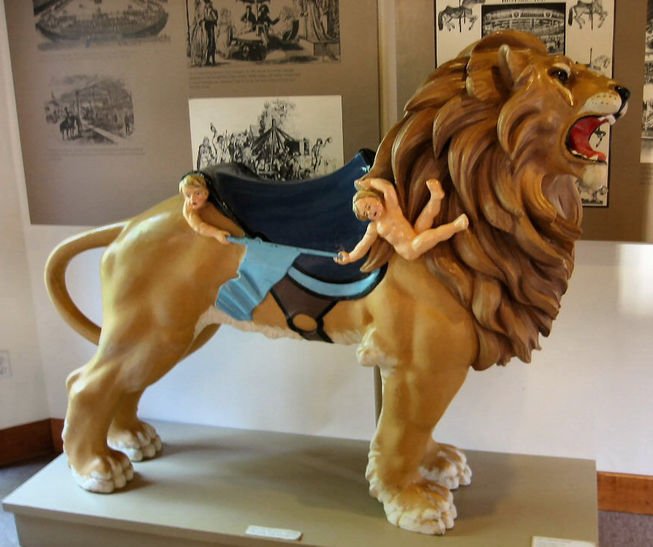 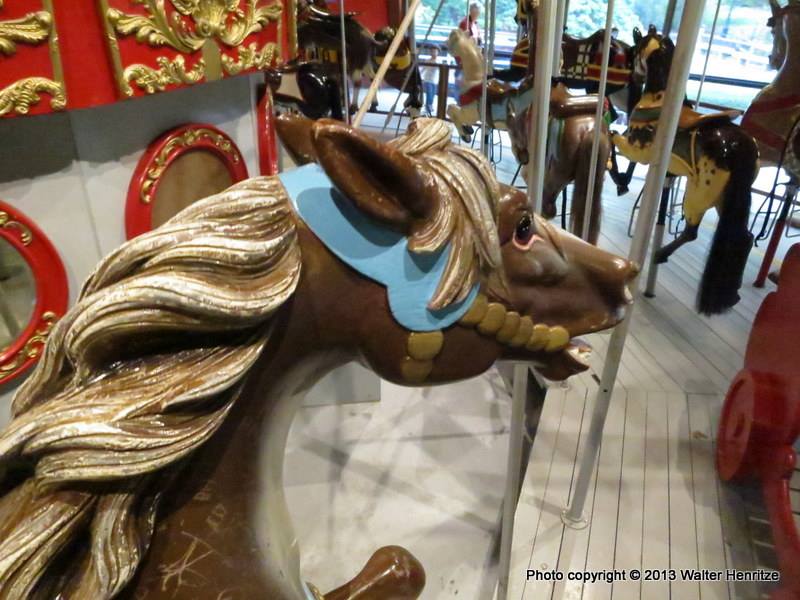 Last week was Thanksgiving, which, for many Americans, conjures images of roasted turkey, mashed potatoes and Pilgrim hats. For members of this continent’s many Indigenous tribes, it is [...]

Have you ever considered that graveyards are like outdoor museums? A walk through one will take you back in time and face to face with the people of the [...]

Hi, I’m Amanda, Assistant Curator here at Heritage. I was the primary researcher for the Let’s Play! exhibition, now on view in the Special Exhibition Gallery. What a fun [...]