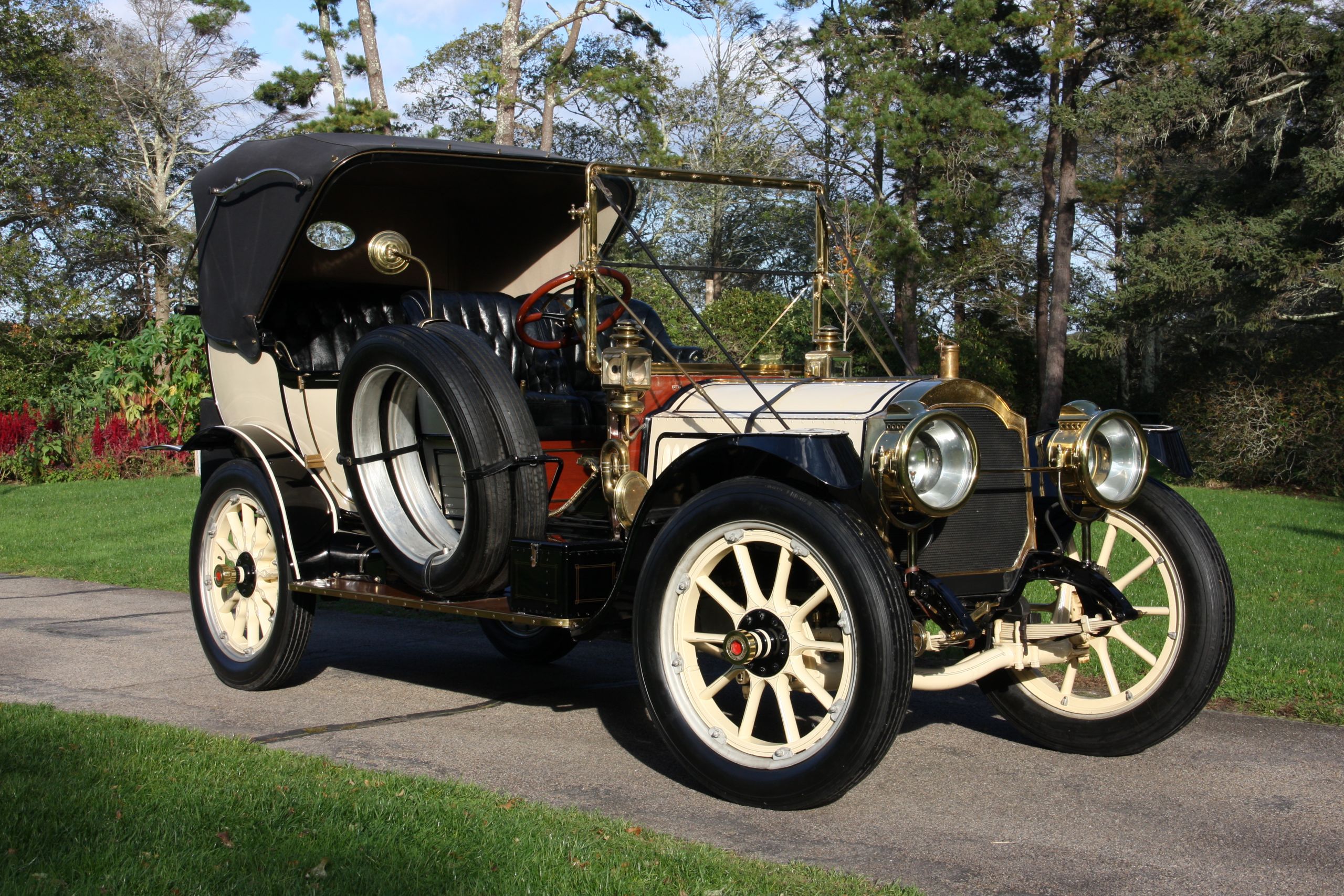 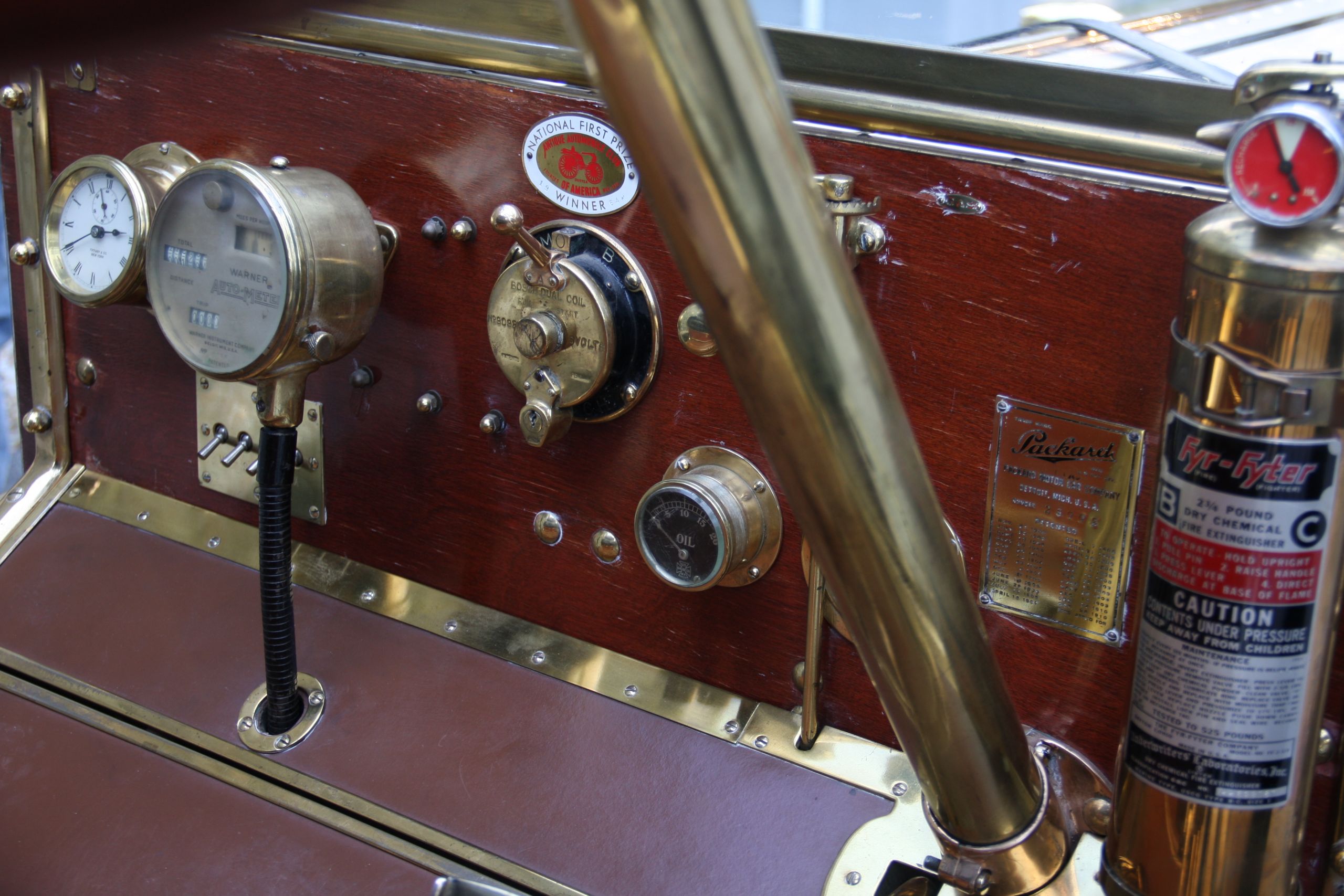 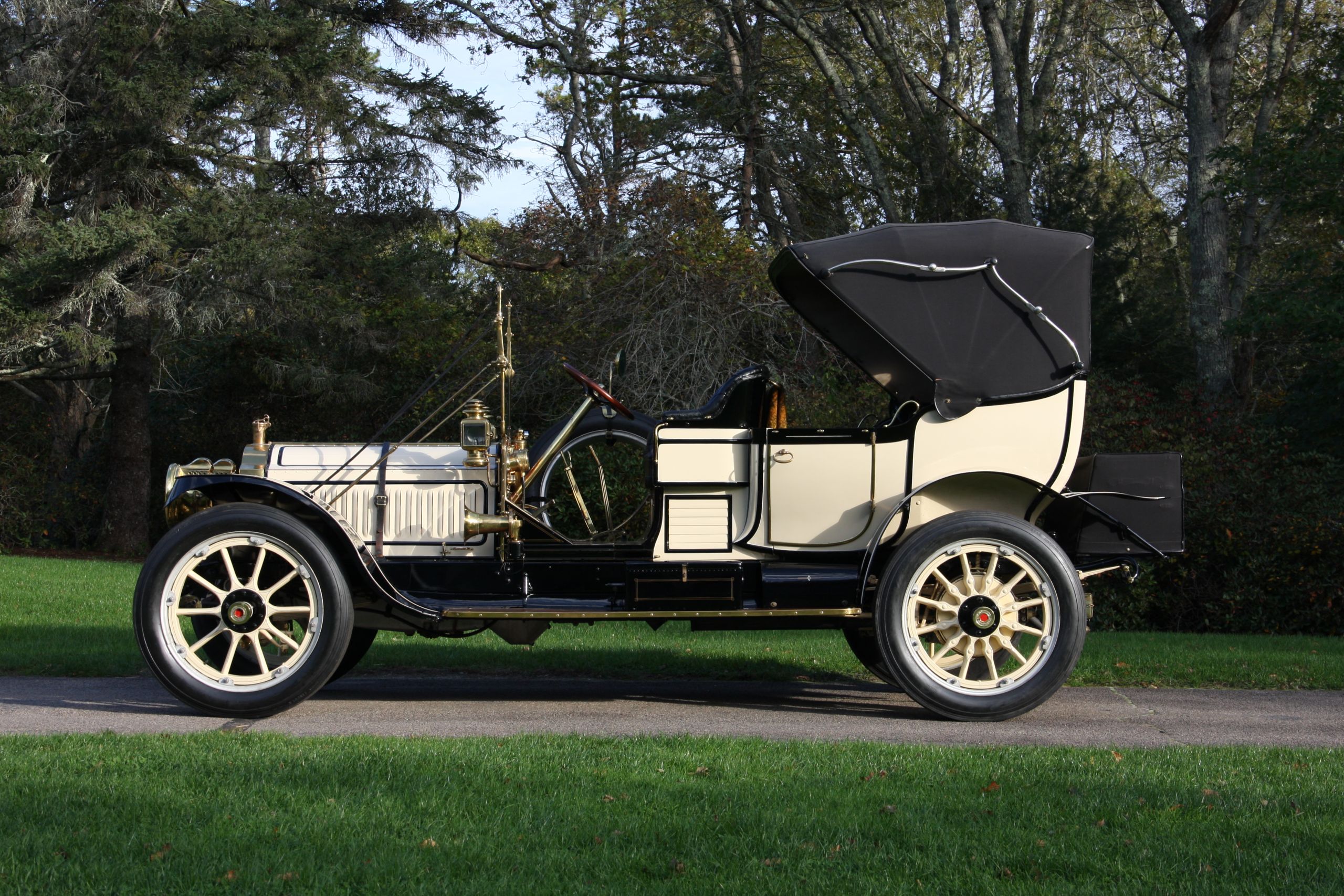 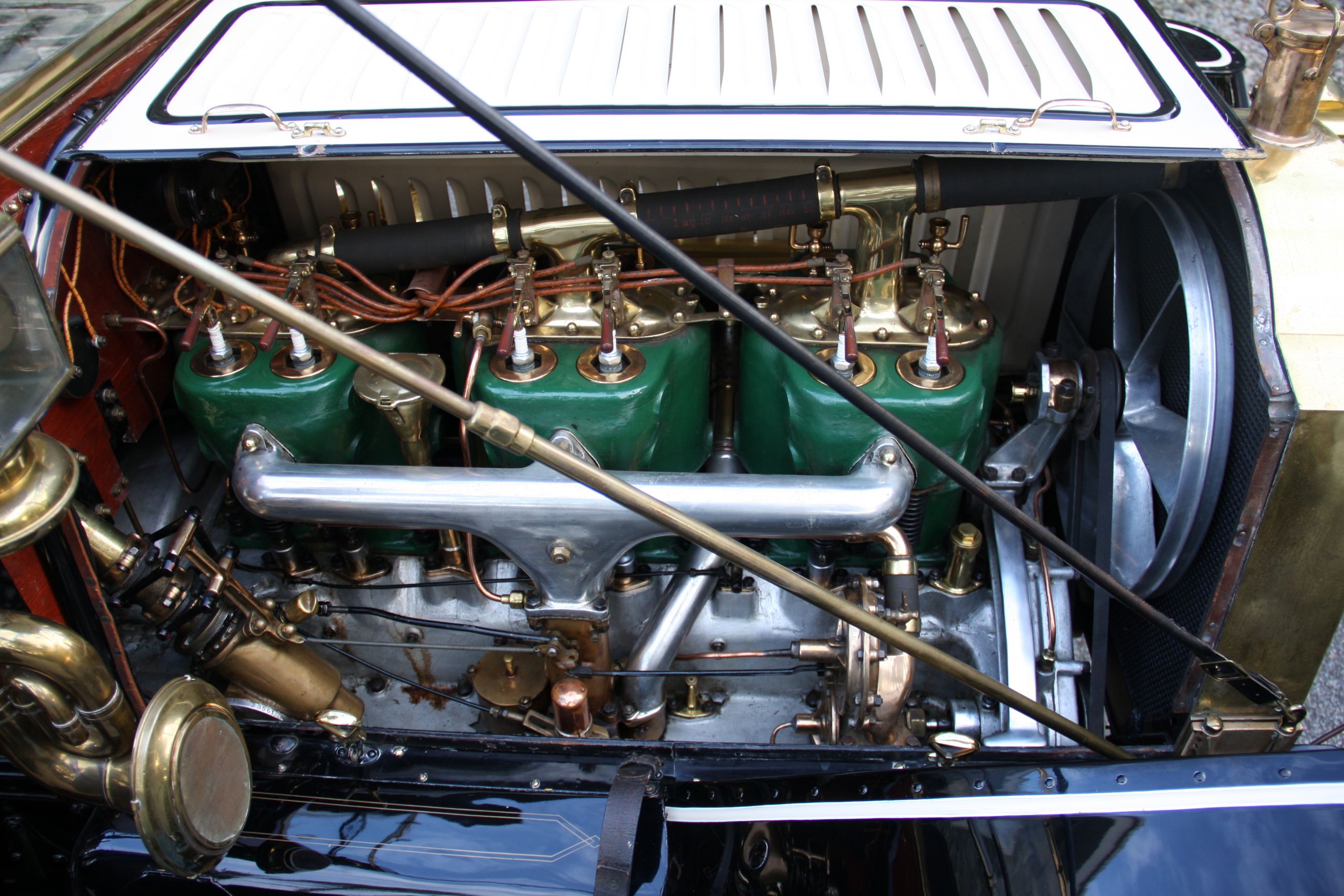 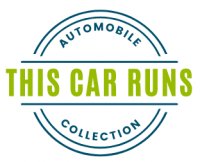 Packard Motor Company made autos of superb craftsmanship, spare-no-expense materials, advanced engineering and elegant style, and quickly became one of America’s premier auto manufacturers. Along with Pierce-Arrow and Peerless, they were a proud member of the “Three Ps,” a nickname for the top carmakers of the time.

This custom-built car was owned by Mrs. Theodate Pope Riddle, one of America’s foremost female architects. Soon after receiving the Packard as a gift from her father, she took it (and her chauffeur) on a trip through England and Scotland in 1915. At the time the only means of transportation from southern to northern Scotland was by ferryboat, which could not accommodate the car. Undaunted, Ms. Pope hired a group of local workmen to build a raft and tow the car across the loch! 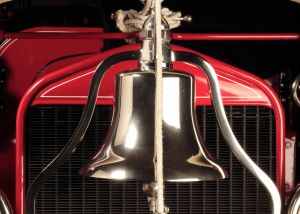 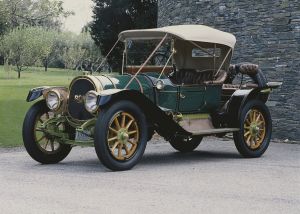 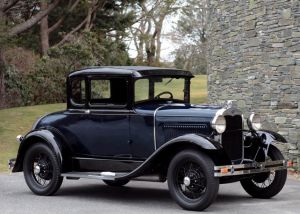 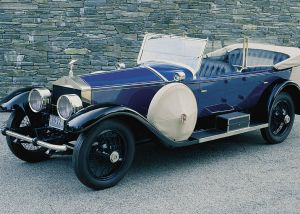